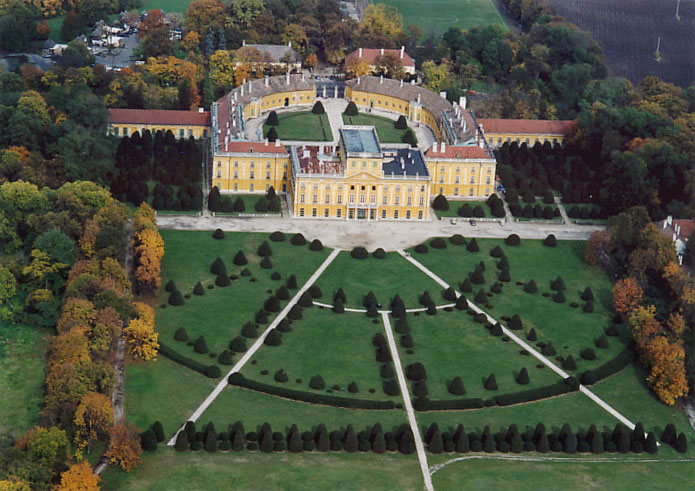 This month, Caroline Bennett analyzes the first movement of one of Haydn’s piano sonatas.  You can listen to the piece through this link. 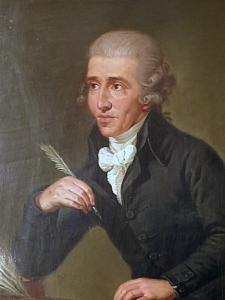 After hearing only the opening measures of Franz Joseph Haydn’s Sonata in E-flat Major, Hob. XVI: 49, listeners recognize that the first movement, “Allegro non troppo,” is a playful piece of music. Throughout his life, Haydn was infamous for being a mischievous and lively man, and these traits shine through in this sonata’s first movement. Not only is the mood of the piece light-hearted, but Haydn frequently alters the typical conventions of sonata form, as well as standard musical form, in order to fool his listeners and create a sense of surprise and delight. He effectively demonstrates his penchant for doing the unexpected throughout the exposition, development, and recapitulation of the first movement.

The primary theme of the exposition begins clearly in E-flat major with trill-like sixteenth notes in the right hand and bouncy eighth notes in the left. The primary theme, which spans mm. 1-12, appears to be very straightforward, going from tonic to dominant and then back to tonic again, creating a sentence. 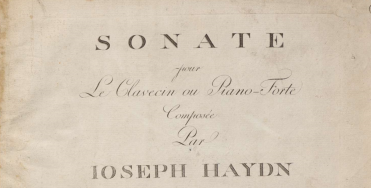 This is the first example of Haydn’s departure from standard musical conventions, however. Haydn writes a pair of four measure basic ideas with only a four measure continuation, rather than the typical eight measure continuation. This means that, despite ending with a perfect authentic cadence, the primary theme surreptitiously segues into the transition before listeners realize what is happening. In the transition of the exposition, Haydn begins moving the piece forward into the dominant key, Bb-major. This is the usual key for the piece to modulate into, but Haydn still manages to surprise listeners by phrasing the transition so that it stops and starts, creating suspense. After the medial caesura, the main theme from the opening of the piece then comes back, this time in B-flat major and as the secondary theme of the exposition. The secondary theme appears rather straightforward; Haydn really begins playing with conventions again in mm. 50-59, where the mood of the secondary theme suddenly changes and becomes softer and more hesitant, introduced by staccato A-flat major chords. Listeners might be tricked into thinking that this is the beginning of the conclusion of the exposition, but the secondary theme does not reach a perfect authentic cadence until m. 60, marking the start of the conclusion. The exposition concludes on a resolute tonic chord in B-flat major.

The pre-core of the development is a marked contrast to the first section of the movement because it is harmonically unstable and very lyrical. By the time the piece reaches the core of the development, the music has modulated to the relative minor of E-flat major: C minor. As is common in core sections, Haydn incorporates two themes that were previously found in the exposition. He constantly moves between major and minor keys, though, until he ultimately lands on a tonic chord in C-major.  This seems like it may be the cue for the retransition to begin, especially since the mood of the piece completely changes in the following measures, but Haydn makes it very hard to decide where the transition actually begins because he does not reach a tonic chord in B-flat major until m. 126, which would ordinarily introduce the retransition.

Much of the recapitulation’s departures from standard sonata form are the same as those found in the exposition. The biggest changes Haydn makes begin at the end of the closing section. Based on the exposition, listeners expect the first movement of the sonata to conclude on the fifth measure of the closing section, and Haydn does write a perfect authentic cadence in E-flat major on the downbeat of m. 216. However, this I chord is promptly followed by more notes that push the piece on towards yet another cadence, this time a half cadence. This chord precedes a coda, further prolonging the piece. The coda also has feigned endings, particularly m. 227. When Haydn does finally choose to end the coda, he surprises his listeners by suddenly crescendoing out of the otherwise subdued coda into, not the expected perfect authentic cadence, but into a determined imperfect authentic cadence in E-flat major.

Haydn certainly knew the rules for writing in sonata form, as he adeptly demonstrates throughout Sonata in E-flat Major, movement I. He includes all of the usual sections in the movement, modulates to the anticipated keys, and more. Nevertheless, Haydn refused to abide by what his listeners would expect, instead choosing to defy the standard conventions of sentence length, the beginnings of new sections, the conclusion of the recapitulation, and even the conclusion of the coda. Perhaps all of the surprising cadences and transitions between sections should not take listeners aback, however. After all, Haydn is well known for being the master of the unexpected.